RAISING THE PERFORMANCE BAR FOR CREATORS, DEVELOPERS AND PC ENTHUSIASTSROG Strix TRX40-E Gaming combines stunning gaming aesthetics with high-end desktop performance for do-it-all builds for users that like to work hard and play hard. A huge range of design touches show off its cyberpunk origins, including a translucent I/O shroud glows under Aura lighting and a striking rainfall pattern on the VRM & chipset heatsinks. When it comes to performance, ROG Strix TRX40-E Gaming delivers with a wealth of ultrafast connectivity options, including three PCIe 4.0 M.2 slots, the latest 2.5G Ethernet and Wi-Fi 6 networking, and eight USB 3.2 Gen 2 ports.

Innovative Features Allow you to Excel TRX40-E GAMING HAS THE MUSCLE TO CONTROL THE LATEST THREADRIPPER CPUSProCool II sockets are built to tight specifications to ensure flush contact with the PSU power lines and have a metal armor for improved heat dissipation. The Digi+ voltage-regulator module (VRM) is one of the finest in the industry, ensuring ultra-smooth and clean power delivery to the CPU. ROG Strix TRX40-E Gaming has a CPU VRM with 16 power stages, delivering the power and efficiency that the latest AMD processors demand. Superior chokes and durable capacitors are engineered to resist extreme temperatures and provide better performance than the industry standard.

BACKPLATEA backplate on the rear of the board helps balance MOSFET temperatures while providing structural reinforcement.

COOLER BY DESIGNROG Strix TRX40-E Gaming series features the most comprehensive cooling options ever, configurable via Fan Xpert 4 or the UEFI BIOS. A specially-designed air duct helps the fan generate static pressure and concentrates air flow over the fins. The custom low-noise fan features a high-durability bearing with a 60,000-hour lifespan. ROG Strix TRX40-E gaming features an SoC VRM heatsink positioned in the pathway of the chipset fan's airflow to enable the SoC VRM to stay cool during memory overclocking. CPU FAN HEADER | AIO PUMP FAN HEADER | WATER PUMP + HEADERA dedicated PWM/DC fan header for CPU coolers and another one for self-contained water-cooling setups. There is also a Water pump header that can supply over 3A to high-performance PWM or DC water pumps. READY FOR THE NEW GENERATIONROG Strix TRX40-E Gaming features triple M.2 slots. The M.2_3 slot supports both SATA and PCIe 4.0 x4 modes, and the other slots support PCIe 4.0 x4 for NVMe. Together, they give you the fastest and most-flexible M.2 interface available.

BEEFED-UP BANDWIDTH SO YOU CAN PUSH THROUGHPUT TO THE LIMITSROG Strix TRX40-E Gaming amps up networking with 2.5G Ethernet and next-gen Intel® Wi-Fi 6 (802.11ax) that surpasses gigabit speeds to take your LAN to the next level. With ROG GameFirst software that offers multi-gate teaming, you'll enjoy the very best online gaming experience.
GameFirst V is an ROG-exclusive tool that lets you use a ROG router to build a ROG-networking ecosystem. Select the best Wi-Fi channel for maximum stability and minimum interference, optimize network traffic and your connection for lag-free online gaming, team your gateways and keep tabs on bandwidth-hogging apps — all from an intuitive interface that enables easy, on-the-fly adjustments. ROG First searches for ROG routers on the network and lets you automatically optimize their adaptive QoS settings for the best gaming performance, so you don't have to log in and configure the router manually.

GIVING YOU A NEW SENSE TO PERCEIVE THE LANDSCAPEImmerse yourself in sound with SupremeFX audio technology. Utilizing the S1220A codec, SupremeFX is the integrated-audio solution that's engineered to provide a flat frequency response for a neutral, detailed sound signature. And to ensure that pristine signature is perfectly preserved, the front-panel output is driven with dual op amps, delivering sonics with the scale and authority to create virtual worlds via your gaming headset.

DISPLAY YOUR OWN CUSTOM LOGOROG Strix TRX40-E Gaming is equipped with LiveDash, a built-in 1.3“ OLED panel that displays useful information and customizable graphics. During the power-on, self-test (POST) phase, LiveDash shows key progress stats in simple language and via traditional POST codes. Then, during normal operation, the panel shows a choice of CPU frequency, device temperatures, fan speeds or information from the Water Cooling Zone. You're even able to customize the default LiveDash GIF, so that it'll display your own image or animation.

LEVEL UP YOUR PERFORMANCEThe dashboard-style control panel of AI Suite 3 lets you fine-tune almost every aspect of your ROG TRX40-E system with ease. Get the best balance between performance, cooling, stability, and efficiency via one simple and intuitive interface. FLEXIBLE COOLING CONTROLSWith the ROG Series you have comprehensive control over fans via Fan Xpert 4 or the media-acclaimed UEFI. Whether you are cooling with air or water, Auto-Tuning mode intelligently configures all parameters with a single click. Extreme Quiet mode reduces all fan speeds to below the default minimum assuring your system stays whisper-quiet when performing light tasks. DTS : SOUND UNBOUND WITH SPATIAL TECHNOLOGYSonic Studio supports HRTF-based (head-related transfer function*) virtual surround for VR headsets, casting an immersive aural landscape that draws you deeper into the action. The intuitive Sonic Studio interface also offers a range of EQ options and one-click presets, allowing you to tailor acoustics to suit personal preferences or the characteristics of your headset. By exploiting Windows Sonic spatial technology, DTS Sound Unbound delivers audio in a virtual 3D space — putting you right in the middle of the soundscape, where you can sense the location and direction of every gunshot, footstep or other sound in your virtual environment.​

Boost your Game with Ramcache III CENTRALIZED CONTROL FROM A SINGLE INTUITIVE INTERFACEArmoury Crate is a software utility designed to provide centralised control of supported ROG gaming products. From a single intuitive interface, Armoury Crate lets you easily customize RGB lighting and effects for every compatible device in your arsenal and synchronize them with Aura Sync for uniﬁed system lighting effects. The software also provides control of settings for a growing number of ROG products, making it easier to tune the look and feel of your system. Armoury Crate even offers dedicated product registration and ROG news feeds to help you stay in touch with the ROG gaming community. 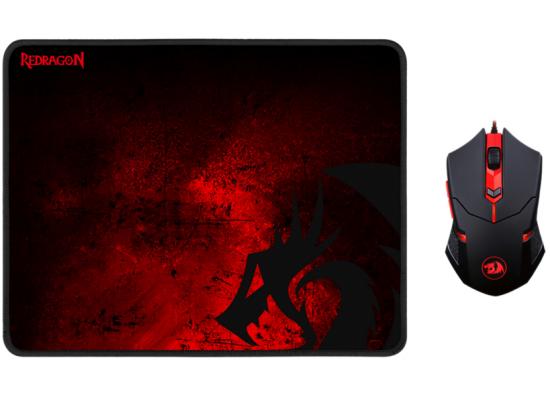